The lovely people at Dorset Mind have put together a wealth of self-care resources to support people to feel confident in managing their own mental health and well-being.

Here’s our guide to three of the many self-care Apps that Dorset Mind have recommended:

The First free App we tested is called MoodTools, (2014). 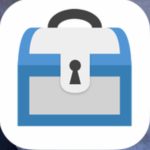 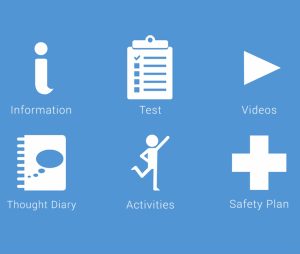 This App includes a test for depression, a thought diary, activity suggestions and links to guided meditation videos, soothing sounds and inspiring Ted Talks on mindfulness, vulnerability and depression. 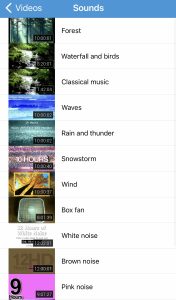 The mission of the App is to ‘package evidence-based therapeutic strategies and information in an accessible design’. Certainly it is simple to use and helpfully defines the different types of depression, the symptoms, the causes and explains the various treatment options including psychotherapy and anti-depressants.

The focus is on understanding depression and planning coping mechanisms including a ‘safety plan’ to support people when they’re feeling most vulnerable. The resources are mainly online but they are well chosen with something for everyone.

The second App we trialled is WellMind, developed in partnership with Dudley & Walsall Mental Health NHS. 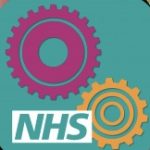 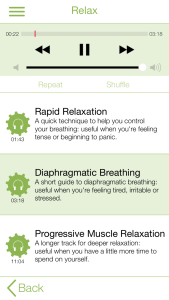 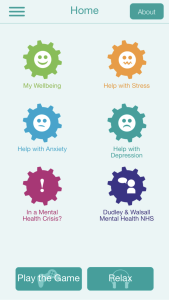 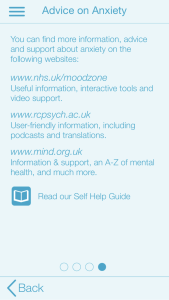 The WellMind App (MHApp) has been designed to provide advice and signposting when you’re feeling anxious or stressed with practical ways to help you manage and understand your feelings so you can regain a sense of control.

The App asks you to record your mood including something you’re looking forward to, something you feel grateful for and something you’ve achieved that day. These responses can be added to a saved calendar so you can see patterns emerge and remind yourself of past efforts on darker days.

We particularly liked the guided breathing and muscle relaxation techniques to help you to stay calm during anxious moments – deep breathing is a skill that Julia Powell strongly advocates in her ‘Take Care of the Carer’ article out this month. (See below).

The App explains the effects of anxiety, stress and depression on different parts of the body so we can understand why our bodies may be responding in a certain way. Overall, it’s a simple but informative App with effective signposting to support networks and emergency contact numbers when self-management of anxiety levels becomes too difficult.

(The App also includes a very basic version of the snake feeding game which is intended to relax the player but is unlikely to hold anyone’s attention for very long!)

The third free App we tested was My Possible Self: The Mental Health App 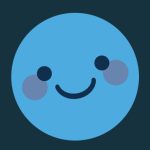 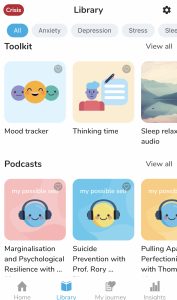 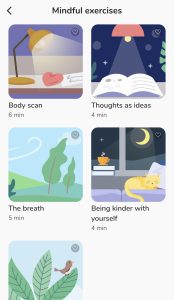 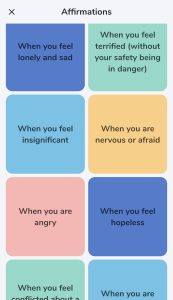 This App began life as a series of emotional health and wellbeing services founded by Joanne Wilkinson whose own life was transformed by the support of experienced clinicians. With the help of her two daughters, and in partnership with the Priory Healthcare Group, the App was developed as a way of putting affordable mental health tools, clinical guidance and support into everyone’s hands.

My Possible Self encourages you to take control of your thoughts and feelings through guided modules and mindfulness exercises. These include; reframing your negative thoughts, being kinder to yourself, checking in on your whole body and concentrating on your breathing. The App allows you to record your experiences and symptoms and helps you to understand your moods, and the activities, people and places that influence it.

This is a much more sophisticated App than the previous two, it has animated graphics and a library of podcasts, exercises and toolkits including a food and drink log, physical activity log and mood tracker. It also offers positive affirmations, motivational graphics and a wide variety of articles and videos with the option to receive messages by email to encourage further engagement and regular mood monitoring.

We found this a comprehensive and accessible App, well worth installing. You need to create an account, but this is easy to do and requires no personal information.  There are plenty of features to explore and self-care techniques to learn to ensure you feel more in control of your emotional health and wellbeing.

All of these Apps, and many more, offer a range of self-care strategies and mood boosters to prevent you feeling isolated, powerless and emotionally trapped. Sometimes, simply taking a pro-active step to explore the support and advice available, helps us regain control, shifts our perspective and enables us to positively connect with the world again.

Hope you enjoy trying some of these Apps for yourself, do check out the other self-care resources that Dorset Mind recommend including the NHS ‘Every Mind Matters‘ plan, we couldn’t agree more. Good luck!

Please Note: We cannot take any responsibility for the downloading of these apps onto your mobile phones or devices but would love to hear how you get on and whether you find any of them helpful. Please send us a message here. 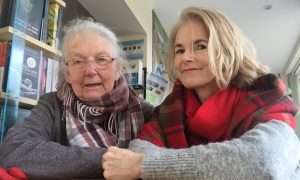 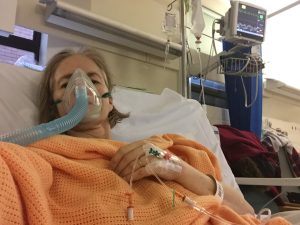 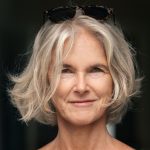